Merry Christmas to all puppy buyers and friends near and far away! Wishing you all the best for the New Year!

Last few weeks/months I had hardly any time to update the Website. I have been busy raising 7 puppies as most of them needed to be prepared for export. Since a bit more than a week the last puppies have left and I have only one I kept myself.

It will be worthwhile to check the website next few days as I will start updating...

If you are interested in seeing more photos from Sport events, trials or Shows, please have a look at the German version of this Website here.

This weekend our "SandsCape Golden Girl At Belauer See" has been shown for the first time in the U.S. at a Show in Wilmington, Ohio.

On the second day she wins her first "Major", gaining her first points towards the US-Champion title.

I am very happy about this and a bit proud of her! She was shown by her breeder Nichole Dooley Bunch.

We are planning a second "SandsCape Belauer See" litter with her in 2021 before she will come back home!

Towards the end of the year, more great news reached us:

Gimli is now the second English Springer Spaniel of my Kennel "vom Belauer See", who got both titles confirmed C.I.E. and C.I.B.

I think, it is very special as it shows, that the dogs are not only Show dogs but excel also in hunting. In Germany very, very few English Springer Spaniels ever got both titles confirmed. I am not aware, that there is currently another English Springer Spaniel alive with both titles in Germany. Also internationally the combination isn't seen very often in the breed. 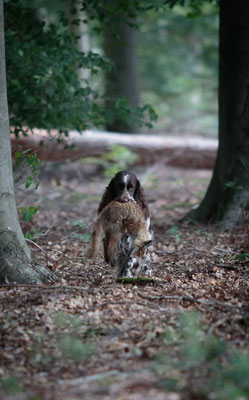 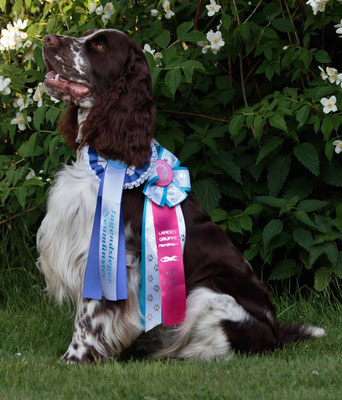 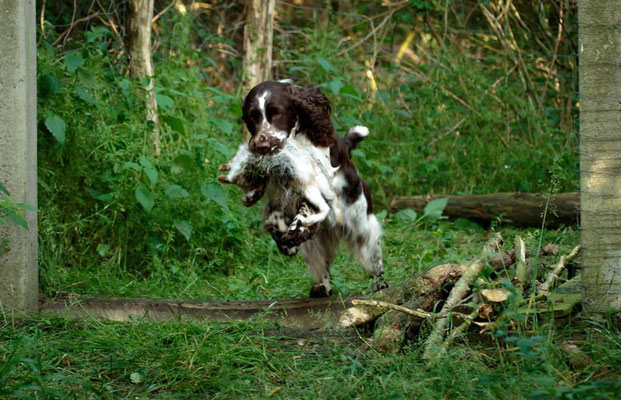 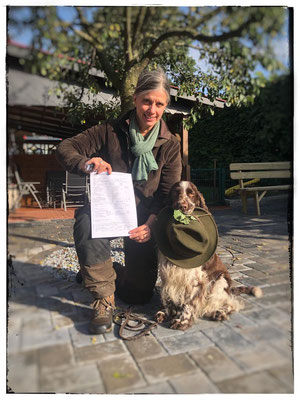 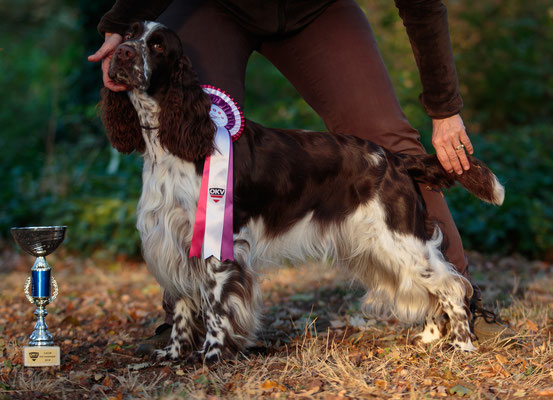 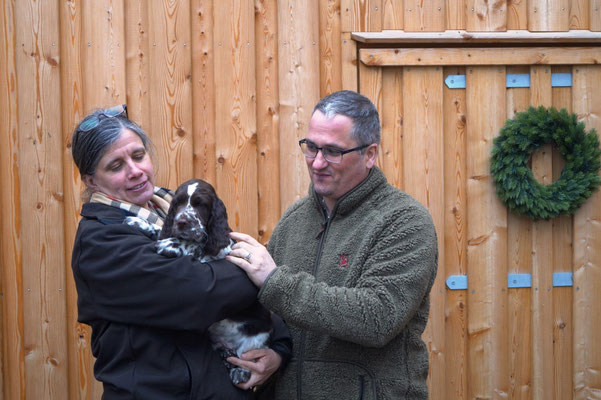 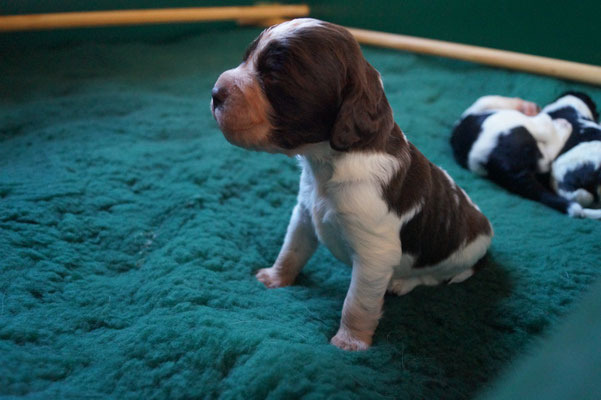 Knowing, what in Germany is expected to pass this test, it is just excellent, what they have accomplished!

Our puppy sites of the U-litter (Field) and the V-litter (English Springer Spaniel) have been updated!

Find out all about the parents of the puppies and their future development under "Present litter".

New videos are up!

Early summer has arrived and shows it's beauty everywhere!

After they have been mated successfully, I will give more information on the combinations in the section "Planned litters".

Ilse gave yesterday birth to a beautiful litter of six.

While waiting on the litter of "Ilse vom Belauer See" I use the time to update my website.

Since a few weeks I have some nice photos of "Lieselotte vom Belauer See", our black beauty, which I still have to put on her own website.

May, 8th our youngster "Renate vom Belauer See" turned one year old. I am very pleased with her development. It is too sad, that I cannot show her in Junior, now. But there are more important things in life!

Due to the current situation lots of social life is taking place online nowadays.

Please come and visit us at home - "Life at Belauer See".

We are very pleased about her development.

Finally I managed to write my report about my trip to the US and Westminster Kennel Club Show.

I am afraid it is only available in German. Nevertheless photos also speak...have a look!

We have been to Sweden and hope now for puppies!

Find out more under T-litter.

This year the benches had here and there empty spots and there was much more space around the rings due to the approaching Corona crisis.

Who is visiting Crufts on a regular basis knows, how quite often the judging is at this UK Show. Because of this we were very, very happy that "Jolanthe vom Belauer See" won Working Class. Congratulations to Sebastian and Svenja!

In the Field ring I have been the only foreign exhibitor. And in the English Springer Spaniel ring our dogs were also the only ones from Germany to be shown.

Crufts is always a great event for networking. Again I have met many people and breeder friends from around the world. Hopefully see you all again next year in good health!

It is already quite a while confirmed, but I have not written about it:

The puppies of our S-litter have been all assigned now and are moving out.

Please read more, how their life will continue.